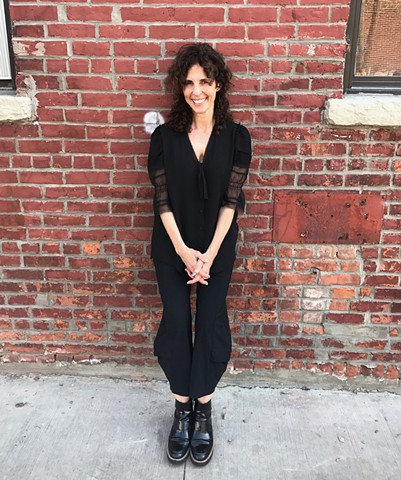 Stephanie Maslansky's recent work includes Jack Ryan Season 3 and Berlin Station Season 3, both shot in Budapest and throughout Europe. She spent four years in the Marvel Cinematic Universe designing seven seasons of Superheroes for Netflix: Marvel's Daredevil, Jessica Jones, Luke Cage, Iron Fist, and The Defenders. In 2018 Stephanie was invited to speak at WonderCon’s Behind the Heroes panel in Los Angeles. In 2017 she and her team were given the Designing Women Award for Jessica Jones Season 1 by NYWIFT and Variety. She’s been featured as a guest on the Women of Marvel and American Fashion podcasts. Stephanie was invited to judge the International Cosplay Final at Chicago's C2E2 and the French Cosplay Competition at Comiccon Paris in 2016. At the New York Comicon, she judged the International Cosplay Final Competition in 2017.

Stephanie was born in New York City and raised in Minneapolis. She studied art and photography at UC Santa Barbara and designed a sought-after collection of custom blazers cut from vintage denim. She earned a BA in South American history and Italian literature from U/W Madison. During a year spent in Bologna, Stephanie observed and photographed her way through Europe and Africa. She returned to Minneapolis and began her career in the Guthrie Theatre Costume Shop. Upon moving to New York, she studied at the NY Art Students League and the New School, designed and built costumes for independent theatre and dance productions, and styled print ads and TV commercials--a hectic schedule made possible by youthful vigor. As the in-house stylist for commercial directing and producing legends, Steve and Linda Horn Stephanie gained a unique perspective--recognizing the significance of a stylish aesthetic and the impact of nuance and detail in modern, couture, and period costumes. The press has praised Stephanie’s work for its sophisticated flair. She’s known for her distinct vision and has collaborated with a range of innovative producers and directors such as Barry Levinson, Tom Fontana, John Wells, Mimi Leder, Dick Wolf, Ilene Chaiken, Jeph Loeb, and Cheo Hodari-Coker. Stephanie works throughout the US and globally. She and her family live in Brooklyn, NY.